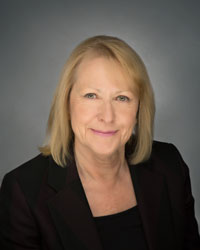 Born and raised in Springfield, Mayor Christine Lundberg became the city’s 37th mayor when she was sworn in on December 6, 2010.

Mayor Lundberg grew up in a home where public service was considered an honor. After high school she served her country by joining the Navy at a time when very few women chose to enlist.

Prior to being elected to public office, Mayor Lundberg volunteered to help pass bond measures in the city that resulted in the construction of two elementary schools, a fire station and the restoration of the Mill Race. The Mill Race was instrumental in developing Springfield’s timber industry, supplying water that sawmills needed in the city’s early days. As part of its restoration, the Mill Race was recreated with a meandering channel, higher terraces along each bank, seasonal wetland ponds, and a beautiful multi-use path for walkers and cyclists. Over the last 100 years, Springfield has grown to be a leader and champion of the advanced wood manufacturing industry.

Continuing her volunteer service, she was elected to the Springfield City Council in 1999 and served Ward 1, the Gateway Area, for more than a decade. During that time, the PeaceHealth Hospital at Riverbend was built and transportation improvements to Interstate 5 and Beltline were planned. The first Bus Rapid Transit, known as EmX, route from downtown Eugene to downtown Springfield became a reality as well as the addition of the Pioneer Parkway EMX route.