NARRATIVE OF INCIDENT:  The Springfield Police Department is asking for the public’s assistance in locating Rocky Evan Redmon.  Mr. Redmon is described as a white male 5’ 8” and approximately 140 pounds.  He has brown hair and blue eyes.  Mr. Redmon was reported missing on May 3rd, 2013 and has not been heard from since.  He has no motor vehicle, but his bicycle is unaccounted for.  Anyone with information in this case is urged to notify the Springfield Police Department.

The investigation is continuing. 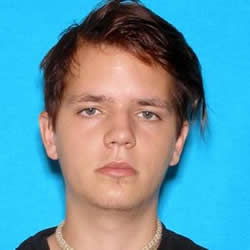