NARRATIVE OF INCIDENT: On the above listed date and time Carl Smith was reported missing from his residence on South 35th Street in Springfield.  He was reported missing by his wife, who told police that Mr. Smith is suffering from the onset of dementia.  Mr. Smith insisted on going for a walk and has not been seen since.  He does not have access to a vehicle and has no other relatives in the area.

Carl Lynn Smith is described as being a 76 year old white male, 5’10” 177 pounds with collar length gray hair and hazel eyes.  He was last seen wearing a black coat, blue jeans, blue and gray tennis shoes and a camouflage baseball hat.  According to his wife, Mr. Smith has a heart condition and takes regular medication for a thyroid issue.

Anyone who has information on the possible whereabouts for Mr. Smith is encouraged to contact the Springfield Police Department. 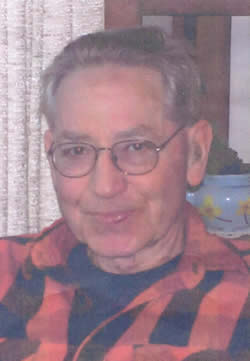